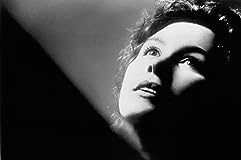 Year:1996
Director:John Bailey
Written by:Ron Hansen (Novel)
Script Synopsis:In this forceful study of religious passion an extraordinary spiritual experience is placed in the center of a deftly evoked natural world, namely, rural upstate New York just after the turn of the century. At summer's end, when she is 17, Mariette Baptiste, educated daughter of the local doctor, enters the cloistered convent of Our Lady of the Afflictions as a postulant. Her religious fervor, understated but determined, makes an impact on the small community of nuns whose days and nights are measured in a round of prayer and farm work changing only with the seasons. Their ordered life is disrupted, however, as Mariette begins to fall into a series of trances from which she awakens with stigmata, which heal as spontaneously as they appear. The feelings of skepticism, jealousy and adoration evoked in the nuns, Mariette's own response and that of the Mother Superior are delicately, indelibly presented.
Mariette in Ecstasy Script Resources: