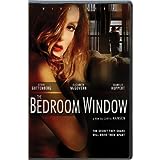 Year:1987
Director:Curtis Hanson
Written by:Curtis Hanson (Screenplay), Anne Holden (Novel)
Script Synopsis:Terry Lambert is sleeping with Sylvia, the wife of his boss. One night, while in Terry's apartment, Sylvia witnesses a man assault a young woman, Denise, on the road below. Not wanting to reveal her affair with Terry, she keeps quiet. Terry instead steps forward, trying to help nab the criminal. However, he never saw the suspect and, when his lies are uncovered, the police begin to suspect his motives.
The Bedroom Window Script Resources: