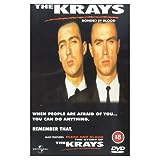 Year:1990
Director:Peter Medak
Written by:Philip Ridley (Writer)
Script Synopsis:The Krays is a film based on the lives and crimes of the British gangsters Ronald and Reginald Kray, twins who are often referred to as The Krays and were active in London in the 1960s.
The Krays Script Resources: