What constitutes a romance film? For many mainstream audiences, a romance film consists of a pretty general theme of a man and a woman falling in love. They usually go through certain ups and downs, inspiring love even more than when they first met. Eventually they realize that they were meant for each other (and live happily ever after) or… one of them dies, leaving the other to suffer lovingly for their lost partner. 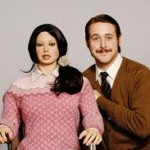 However, the world is a very bizarre place, and not all people fall in love the same way that the “average” person does. In a world with diverse people, there are bound to be romantic stories that just don’t fit into that traditional “boy-meets-girl” theme. That is where the following list comes into play.

The films below deal with love stories that defy mainstream expectations and, sometimes, even societal norms about morality.  Many of the films below have stirred up controversy; frightening members of society who just aren’t willing to accept such a disturbingly different representation of love. However, many of the following films have also (eventually) been reveled as cult classics or even Hollywood blockbusters, owing to the fact that they touched on a controversial subject long before it was 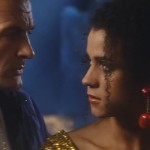 Script writers who plan to write love stories can learn a lot from reading the following scripts and/or watching romance movies that push the mainstream boundaries. The best love stories come from a person who knows love. If a person is limited to understanding love on a strictly conventional standpoint then what does he or she have to add to the millions of romantic movies that already exist?

Love is far more complex than anyone can imagine. It can happen anywhere and at any moment to any person in the world. The screenwriter who can truly understand love will not only write romance scripts with ease, but he or she will be able to communicate those messages to a world that constantly seeks to understand the cryptic subject of love.