Carrie-Anne Moss had a skyrocketing career after she first appeared in the Wachowski brothers epic The Matrix trilogy in 1999. Her dynamic persona in the film was breathtaking- a truly tough female character that both women and men could like and feel intimidate by. 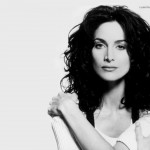 However, her choice of films following the trilogy are not equally memorable- with the sole exception being her role in Disturbia (2007). What could have caused this A-list actor to fall under the radar? It can’t be said that the trilogy ruined her career, as Keanu Reeves is still counted among the A-list and has been receiving continuous roles since the trilogy’s completion.
While the answer may not be clear, there are some things that her decline could be attested to. For one, Moss had received such attention during the “Matrix years” that she may be trying to lay low; trying new types of films that challenge her as an actress. Two, she may have continued to pursue roles like hers in the Matrix, not realizing that this would mean sudden death to her career. Once you are typecast, there is not much that you can do to save yourself besides find a role that is completely opposite of you.
Whatever the reason is, lets hope that the dry spell passes soon and that we will see her dynamic personality in future films. As for all the future writers and actors out there, remember to keep diversifying! It could save your career!