Gary Oldman, who plays Commissioner Gordon in The Dark Knight 2 (2012), is perhaps one of the most diverse actors in 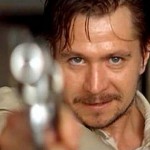 the film industry today. If you can name it, chances are Oldman has played it. In his 40 year career, he has played villains, heroes, heroin-addicted punks and futuristic cowboys. He has starred in big budget films and independent films with the same fervor and expressiveness that has become characteristic of him as an actor.

New actors would do well to research Oldman in terms of style and choice of films. His talent is only surpassed by his ability to challenge himself with different roles that would normally be outside of his perceived character.