The horror genre is a unique genre because its sole purpose is to scare the living daylights out of a person. Throughout the last century, the genre has evolved to meet the increasing demands of the movie-going public. New techniques, plots and monsters are developed every day to shock people and bring out their innermost fears. Whether a 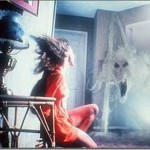 person is afraid of demons, darkness or animals- there is a film maker who is dying to take that fear to another level. 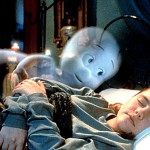 come up with new plots and reasoning as to why ghosts exist. They determine the level of power a ghost has as well as their ability to bend time, space or circumstances in their favor. There is no right or wrong answer, so the film maker has a lot of room to be creative.

Film makers and writers would do well to read some of the following scripts. These scripts are composed of some of the best ghost stories that have ever graced the cinema screen. They show the infinite amount of creative control that a film maker can have when making a ghost story film. It also shows how much more potential has been untouched by film makers, and are diamonds yet to be discovered.m maker has the freedom to change as much or as little as he wishes.

Keep in mind, not all of the films listed below are horror films. But the original ideas make them interesting tools for a horror film maker to learn from and build upon.