Despite the fact that Neil Gaiman is not a film director, he has made a significant impact on the film community. This 43 year old actor is one of the most well received authors of this generation and has spread his exciting storytelling style to many different genres including music and film. In the animation film genre, 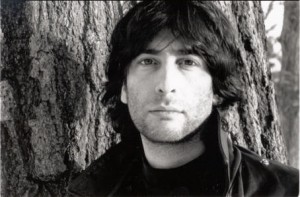 Gaiman re-wrote the script for Princess Mononoke so it would be better received by American audiences. In addition, Gaiman is responsible for the story that led to the development of the popular children’s film Coraline. Gaiman wrote several short stories (of which the film was based) and the idea was turned into a screenplay by another writer.

In addition to these two films, Gaiman also co-wrote the script for Beowulf, the major motion picture made in 2007. While the idea for the film was not his own (based on an ancient mythological story), he brought the story new life with stunning dialogue. Another major motion picture that he was involved with is Stardust which bragged an all-star cast and was based on a novel that Gaiman had written previously.

Undoubtedly, the film community has realized that Gaiman has a way with storytelling that cannot be taken for granted. Whether he is writing a script, novel or short story, Gaiman is able to turn everyday words into an exciting secret that everyone wants to hear.