Screenwriters can often be seen as men and women “behind the mask.” Despite the fact that they create worlds that are presented to the world in movie form, they are often forgotten by the public and left to anonymity outside of professional film makers in the field. A good example of an anonymous, yet profound, 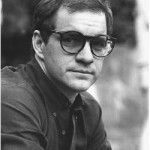 writer is Paul Schrader. Most people who have seen the film Taxi Driver (1976) associate the film with its director, Martin Scorcese.

In all respects, Taxi Driver does represent many of the qualities that have distinguished Scorcese as a director. However, the film was written by Paul Schrader. The mental workings of this creative genius are apparent when looking at a few other scripts that he has written. Raging Bull (1980) was a profound drama about a boxer who goes through much tumultuous inner struggles before coming out on top in the end. The same thing goes for Taxi Driver.

In addition to these two films, Schrader is also responsible for the adaptation of one of the most controversial films in recent history. The Last Temptation of Christ (1988) is among a few select films that have defied conventional morality in the retelling of Jesus Christ.

It goes without saying that Schrader has had a positive career in the industry, simply by knowing that he had a part in the making of the previously stated three films. However, his career has not been perfect. For every successful film script he wrote, there were a few flops that were considered weak. Some of his scripts 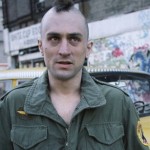 became films that remain in anonymity to this day!

The most important lesson for a screenwriter to learn when writing a script is to have faith in their writing ability regardless of how an audience interprets one script. No matter how good a writer is, there will always be a time when he or she simply cannot express an idea in a way that an audience accepts wholeheartedly. Sometimes it takes years or decades for people to even start appreciating the work of one writer. However, he or she must not give up and continue to write; for each writers’ experiences are important and are worthy to be expressed, no matter how the rest of the world depicts it for a moment in time.