Film is relatively new medium. It was silent until 1927, and black and white until 1939. As a result of only recently entering into its adolescence as a genre, it is possible to argue that it has only recently become possible for a filmmaker to be a true master of the the medium.

These  masters, who seek to exert creative control over as much of the filmmaking process as possible are called “Auteurs” the French word for “author.” The idea is that  some filmmakers have such involvement in the process, including writing, directing, producing, and even perhaps editing or designing sets, that they are the ultimate cause for the final effect of the film.

Autuer theory has its roots in early french film criticism, mostly surrounding the work of an early film pioneer named, Jean Renoir. His film Le Grande Illusion, was the first foreign language film to be nominated for an Academy Award for Best Picture. In the wake of Renoir, other virtuoso filmmakers began to be referred to as Auteurs, including Akira Kurosawa, Ingmar Bergman, and Alfred Hitchcock. As the technology of filmmaking developed, the stories and images of films became more ambitious. Filmmakers like Stanley Kubrick, Francis Ford Coppola, and Woody Allen began to develop the medium.

By the 2000’s there were literally dozens of filmmakers who were considered to have a distinct enough voice, or trade mark look, to be referred to as “Autuer.” Among them were many of the most popular directors of today: Quentin Tarantino, Martin Scorsese, David Lynch, Terry Gilliam, The Coen Brothers, Wes Anderson, Harmony Korine Clint Eastwood, and countless others.

However, while many critics use the term autuer as a form of praise, it is usually reserved for the director. In fact in the French criticism community in which it came to prominence, some critics even argued that the director was without question the single most important member of a production team, surpassing the rest of the crew and even the screenwriter. So the question has remained, can a screenwriter be an autuer? In some cases like P.T. Anderson, Tarantino, and Woody Allen, the screenwriter and the directory are one and the same. It is much more difficult to point to a screenwriter who does not direct that has a sufficiently distinct voice to be recognizable regardless of production, or studio interference. So the question remains, can a screenwriter be an Auteur?

These films were all written by their director as well. 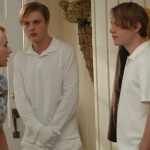 Blonde haired and beautiful, Naomi Watts is, at first glance, just another pretty actress. She is well mannered, sophisticated and is considered one of the more respected Hollywood actresses in the industry. However, upon viewing some of the films that Watts has starred in, a different woman appears that is far more complex than could be imagined.

Despite her ability to play a pretty girlfriend or a love interest, Watts has defied conventional stereotypes to play intelligent, frightening and bizarre characters. In Mulholland Drive (2001), Watts played a struggling young actress overwhelmed with bitterness over her lover’s rejection of her. The rejection causes her to behave erratically and imagine things that are not quite real.

In Funny Games (2007), Watts is a quite normal character. However, when a pair of sadistic young men break into her house to play deathly mind games with her, she is transformed from a pretty housewife to a desperate, three-dimensional character.

Watts has climbed the ladder to stardom and is now considered a quite respectable mainstream star. However, she did not start out that way. Her film history is littered with independent films that have helped her build up the reputation that she needed to succeed.

As an actress, Watts provides a great example of how important it is for actors to choose their roles wisely. Not all independent films are good, and an actor or actresses must protect their new reputation by choosing the best roles possible for themselves. If an audience leaves a film feeling good about themselves and their experience, then they will associate the actor with good things as well.

Same thing goes for screenwriters. If a screenwriter cannot write characters that are interesting and three dimensional, then he or she will handicap the script from attracting great up and coming actors/actresses. Nobody wants to ruin their reputation on a terrible script. To ensure the success of a film, a writer must make sure that they create characters that actors would kill to play.

Watching a movie is like taking a trip into the mind of another person. Fiction stories are concocted by people 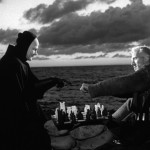 based on their life experiences and imagination. When the stories are put onto film, audience members are allowed insight into the imagination and personal thoughts of the writer.

Some writers find it easy to share their ideas with other people. Their messages come out strong and clear so that no other interpretation can be assumed. However, there are a few directors who have such com

plex mind processes that they have difficulty sharing it with others in a linear, easy to understand manner.

Darren Aronofsky, David Lynch and Ingmar Bergman are examples of writers/directors that have this personal challenge. They do not always think in a formulaic, Hollywood manner and this can lead to complex story lines, odd dialogue and questionable plot lines.

However, just because a movie is confusing does not make it bad. Most of the films listed below are considered masterpieces- far beyond their time and steaming with profound thought. However, the full message cannot be understood in one viewing. An audience member may have to research the film and watch it over and over again before it starts making sense.

In order to help with the process of understanding, we have linked to the scripts to some of these great, but confusing, films. Reading the script may help give insight that simply watching the film would not. We hope that with time, you may be able to discover deeper meaning from these films and many other confusing masterpieces.