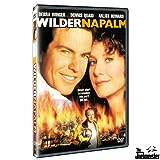 Year:1993
Director:Glenn Gordon Caron
Written by:Vince Gilligan (Writer)
Script Synopsis:Wilder and Wallace are brothers and pyrokinetics. Ever since childhood they've been able to start fires with their minds but following a tragedy in which they accidentally killed a man, the brothers have grown up very differently. Wilder has become a regular 9-5 workaday joe but Wallace performs his feats with a traveling circus. When the circus comes to Wilder's home town Wallace starts coming on strong to Wilder's wife, Vida who, ironically, is a slight pyromaniac.
Wilder Napalm Script Resources: