Adam Sandler is one of the few comedic actors that have successfully transitioned into dramatic and romantic roles as well. In the beginning of his career, Sandler was known for his goofy (and sometimes tasteless) sense of humor; beginning 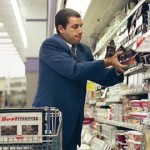 with Billy Madison (1995) and ending with Little Nicky (2000). For those five years, Sandler could easily be predicted. Going to his movies guaranteed a couple of good laughs and no deep message to consume the audience’s thoughts afterwards.

Then came Punch Drunk Love (2002), an independent-styled romantic picture with loads of drama and a bit of comedy as well. The film was directed by Paul Anderson, a well-respected director known for his work in the film Magnolia (1999) and There Will Be Blood (2007). Stereotypically thinking, this director’s idea for a film was much different than the Happy Gilmore-esque films from Sandler’s past.

However, the risk that Sandler took was not in vain and the movie was a huge success.  The film was nominated for 5 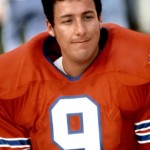 Oscars including Best Picture and Best Original Screenplay; and Sandler’s acting career took off even more after that.

While still making occasional slapstick films per his usual style, Sandler took a different road from most comedic actors and started taking roles in films with a dramatic or romantic overtone.

His greatest decision though, was when he decided to produce his own films. The films that resulted from this (i.e. “Click”) took elements from all different genres; including romance, drama and, of course, comedy. These movies have been pretty successful as well, considering their complexity.

If there is ever an Oscar given to a comedic actor, then the best candidate would have to be Adam Sandler. With the art and complexity that he was welded with comedy, there is no doubt that he is a pioneer in the field of film making and acting.