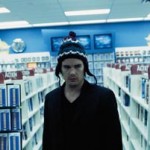 One of the few authors that remain as popular today as they did in their own time is William Shakespeare. The ingenious writer concocted plays that intrigued his audiences and scintillated their minds. Today, film and theater production companies crank out remakes and adaptations with the desperate desire to add even more beauty to the already classic plays.

In order to create a film or play based on a Shakespearian script, a writer must remember that he or she should not go too far in changing the story. While the film, Romeo and Juliet (1996) fared well in theaters, some Shakespearian fans thought it was a cheesy remake. The same can be said of Hamlet (1996), which had many qualities of the original play, but lacked some of the most important plot points.

In order to create a Shakespearian-inspired script, an individual must become familiar with the master. In addition to 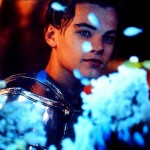 that, the writer must be humble enough to realize the tremendous impact that Shakespeare had on the literary world. By becoming humble, the writer may be able to characterize the emotions of the original play in a respectfully done modern adaptation.

Remember that people come to Shakespearian-inspired films and plays with their own pre-conceptions. They have, more than likely, read the original Shakespeare play and will judge the new film against his original work. To go against Shakespeare is like a fight between David and Goliath. But instead of fighting the giant, the writer must learn to stand on his shoulders.

Below is a list of some of the greatest and worst Shakespearian-inspired scripts. Take note of the differences that make them good or bad. Sometimes all it takes is a little too much creativity to cause the popularity and emotion of the film to plummet. The best plays consist of a person making the most of their technological advances to further the ideas that Shakespeare had already pictured but perhaps, lacked the technology to display.