It’s no wonder why the new Avengers (2012) movie is getting so much hype. After several years of films coming out based on individual characters that make up the Avengers team, they are finally bringing them all together for one 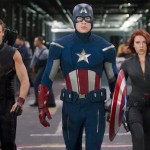 The thought and care that went into the prior films are now made evident in the way that they complement this new film, filling in plot holes and bringing closure to the previous five movies.

Needless to say, screenwriters must have had a very difficult time putting together the scripts for each individual movie. Not only did the scripts have to be entertaining and true to the original content, but it also had to match up with the other five films!

Reading the scripts of these films is a must-do for any person who wants to be a screenwriter. The intricacy and care that was put into each script is something that is rarely seen in Hollywood- not since the days of the Back to the Future saga. Make sure to take time to read these scripts- they are full of wisdom that will help any screenwriter in their profession.