Scarlett Johansson is definitely a diverse actor as can be seen from the incredibly different roles that she has played over the years. From 1920’s flapper to grungy teenage girl, Johansson has differentiated herself as being more than just another pretty blonde actress.
Her career started as a child, when she first showed interest in acting. It was not difficult for her to find work, 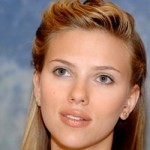 averaging one role a year even in her humble beginnings. Passion and talent are definitely contributing factors to her gaining such success in her early years- but like many actresses, the importance of a good role cannot be overstated.
Johansson’s career can partially be attributed to her ability to choose, or have a manager choose, beneficial roles to create a favorable impression of Johansson on audiences.
Starring in the cult classic Ghost World (2001), helped create a well-rounded depiction of who she was, emphasizing the outcast mentality and the snarky humor that has become 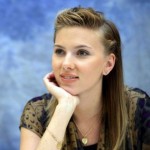 developed into many characters thereafter.
With her role in the hit independent film Lost in Translation (2003), her persona was set in stone. Ever since, she has become a sultry, sarcastic and mature person in the eyes of audiences. Even her roles in children’s cartoons (i.e. The Spongebob Squarepants Movie) give off the same aura that has enamored audiences nationwide.
Screenwriters and actors can learn from the history of Scarlett Johnansson by remembering to put everything into their work, no matter whether it is big budget or low budget. The effort that a person puts into their work does make a difference between creating a touching film or a B-movie. Everything makes a difference.