For the adventurous and the broken, sometimes reality just isn’t enough. Over the years, bohemian filmmakers and others enamored vicariously with the lifestyle of raffish and desperate drifters have committed stories of the highs and lows of illicit drug use. Often, drugs serve as a backdrop to a character, perhaps to inform the audience that this person is aberrant, or simply weak willed. Other times, drugs help to give a character mystique or some sense of mystical power.

Drug movies run the gamut of perspective from stories of the devastating powers of addiction and helplessness, like Trainspotting, or Requiem 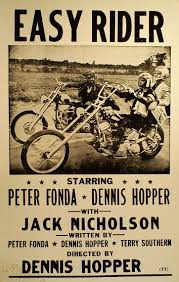 for a Dream, to absurdity and horror, or just plain hilarity. Reefer Madness, an anti-marijuana propaganda film from the 1950s is ironically celebrated by “stoner audiences” as a cult classic. Terry Gilliam’s  Fear and Loathing in Las Vegas, the story of alternative cultural icon, Hunter S. Thompson covering drag races in Nevada for Sports Illustrated, uses drug use as a narrative excuse to create surrealist imagery and vaguely satirical commentary on society and its norms.  Of course more often than not, drug use facilitates comic relief and ridiculous escapades such as in Pineapple Express, or Half Baked.