Any avid adult readers in the 1980’s knew who Bret Easton Ellis was. The film circles had the ‘Brat Pack’ consisting 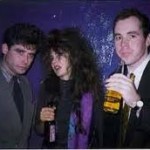 Ellis’ first novel entitled Less Than Zero gained monumental success by the time Ellis was a mere 21 years old. His writing style reflected a life that most people had never seen nor imagined in their lifetime. His novels led readers into a world where wealthy, upper class kids squandered their opportunities, engaged in drugs and partying and lived an overall self-absorbed lifestyle even to the point of their own destruction. Audiences had not seen anything like Ellis’ work before and received him with open arms, ready to hear more about this world that few hold the key to. 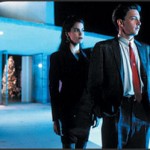 Hollywood noticed the marketability of Ellis’ work as well and requested that Less Than Zero be turned into a movie. Ellis agreed and the result is the deeply depressing and shocking 1987 film of the same name. Since that film’s release, Ellis has been able to turn many of his other novels into major motion pictures- some that were received with great honor by the film industry.

The dialogue is always insightful and full of literary symbolism that would make even the most gifted poet green with envy. The stories draw the audience in like a teenage boy to a peephole. We are guilty but desperate to know what Easton has on the other side of the wall for us to see.

A lot can be learned from Easton novels and the screenplays that have resulted from his mastery of the English language.

Films Based on Easton’s Novels