The young irish rogue, Cillian Murphy, has created an image of himself as a seductive yet dangerous villian. From his role as “The Scarecrow” aka Jonathan Crane from the new Batman series, his odd muscular structure and penetrating 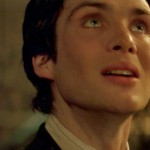 eyes have captured audiences as someone who is NOT to be trusted.

This is a great opportunity for Murphy because a villain is often as difficult to find as a hero in the film industry. However, he has diversified his interests in other roles such as his breakthrough hero role in 28 Days Later (2002) which utilized his same features to show a character that was desperately suffering in a post-apocalyptic world.

There’s no telling where Murphy’s career will settle as he has been all over the place in terms of roles. He can be humorous, villainous and serious which are all traits of a long-term actor.

Actors who hope for long term fame would do well to research the films that this particular actor has on his resume.