Tyler Perry is among many everyday Americans who have come from poverty to wealthy entrepreneurs thanks to their talent and good ol’ capitalism. Perry came from a poor family background and began writing as a way to relieve himself from depression and stress.
Lo and behold, it turned out that Perry was actually a very talented writer and he began his journey to creating scripts that ended up 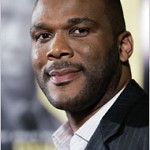 becoming very popular films. The Madea franchise has consistently made a profit while some of his more daring projects (i.e. Colored Girls (2010)) have become critically acclaimed hits.
By taking his own life experiences into his stories, Perry was able to find an audience of hundreds of thousands of people who appreciated his style and perhaps, recognized similarities between their own childhood and his. His style of comedy infused with some drama have made him a very compelling director that can also be lighthearted.
Writing is a personal journey that can take you to many places. By utilizing journals or your computer word processor, you can relieve stress and ease depression; while some of us may create the next new blockbuster hit.