The film noir style that arose in the post WW2 era represented a great change in the mindset of the American people towards cinema. Prior to this time period, films were created to bring about happiness and good will in audiences. Given 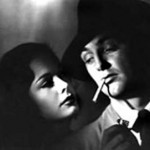 that the two World Wars and the Great Depression had occurred nearly back-to-back, it was only natural for people to want an escape from their devastating situations.

However, with the end of the Second World War came a new hope and a bright future for the American people. They were able to have fulfilling lives without worrying about an impending threat looming constantly over their heads. They didn’t need happy films to make them feel happy- because their reality was promising. So they turned to the cinema for something else. Their escape now was not in happy stories, but in dark stories that transcended their happy reality.

Enter the film noir. These films are filled with seedy characters, painful situations and tragedy by the truckload. In 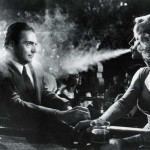 addition, the cinematography was something new as well. Instead of trying to light everything in a bright and cheerful manner, cinematographers made use of the now-popular technique of bringing out dark shadows through abstract lighting.

But the most notable aspect of a film noir would have to be the storyline. The film makers who made these film noir classics did not bother themselves with creating an accurate story timeline that is easy to follow. They would rather confuse the audience with nonlinear bits and pieces that drew the audiences’ attention but left them in the dark until the conclusion.

Given the popularity of film noir and the remarkable influence it has made on many big budget productions (i.e. Sin City, Chinatown) it is imperative for a person involved in the film industry to be knowledgeable of the distinct flavor that is a film noir.

The scripts below are some of the largely forgotten treasures of the film noir legacy which have within their pages, a strategic and formulaic way to create a dark yet crowd-pleasing script. Serious film makers and writers will do well to seek the wisdom within their pages.