Psychiatric institutions are a mysterious world to most people. Despite the fact that most people suffer from psychological disorders, most are treated outside of a clinic with medicine and therapy. People who end up in psychiatric 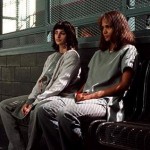 rightening to those in the outside world. For some reason, these people were unable to be treated with traditional techniques and methods to the point that they became a risk to themselves or others.

Because of this, psychiatric institutions are otherworldly- an experience that many fear to enter but will do so if from the safety of their home. Many films have been made about psychiatric institutions. Dramas, comedies and horror films have taken from the taboo world to create fictional stories that delight viewers. However, there are a few films that stand out from the rest.

From the complex world of psychiatric institutions, here are some of the best scripts that depict both the gritty realism of the experience and an interesting story to go along with it.