Borderline Personality Disorder, OCD, Bipolar Disorder and depression are among the many psychological disorders that have gained notoriety in films over the past few decades. The concept of a warped mind that sees the world in a much different way from the mainstream is something that intrigues people from all walks of life. Individualism is shown in its 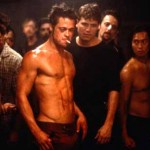 true dark form and for a few moments, an audience is able to comprehend what it’s like to see through a “crazy” person’s mind.

Many of the best psychological disorder films were written by people who actually had the disorder. This adds realism and definition to the characters and makes it likeable by many audiences. However, some disorders (such as schizophrenia) can be so debilitating that it’s difficult to find a person who can write a story representing their experience.

So in these cases, writers are given a challenge to try to experience something they know nothing 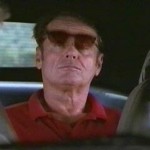 about using only clinical definitions and second-hand accounts from doctors or family members. But when an interesting perspective is found, it opens a path that allows many people to experience a different state of mind as well.

Below is a list of some of the best film scripts based on a person with a mental disorder. From these scripts, a writer will be able to see how disorders are characterized by people with experience and those without. By taking note of the methods used in writing these scripts, a person will be better prepared to show the perspective of someone or something that they had never experienced in their lives; yet do so in a way that is believable.

For those who have suffered with a disorder, these scripts show how to use scenes and dialogue to help people understand what it feels like to live with that disorder.