Out of the hundreds of “Romeo and Juliet” films that have been made in the past, only handfuls have been able to stand up to the test of time. Writers have tried everything to make the story different, while still maintaining the basic storyline first depicted by the great William Shakespeare. There are Romeo and Juliet films based in underground vampire worlds, slum cities and even in a suburban family’s backyard.

Many of these film scripts make it to the big screen, simply because audiences cannot get enough of this tragic love story. However, the success of a movie depends solely on the film maker’s ability to weld his or her creativity with the work of Shakespeare.

In the film, Romeo + Juliet (1996), Director Baz Luhrmann took a chance by creating a modern landscape with the same romantic couple. In this sexy, high fashion world, he was able to paint an astounding picture of the lovers’ lives that attracted young audiences everywhere.

Some people thought that the film was trash, but to this day it is still a very popular film.

On the other hand, a film maker can create a great adaptation by merely, omitting most of Shakespeare’s direct influence. 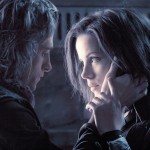 In these films, the advertisements make no mention that the love story is based on Shakespeare. In fact, the film can only hint to the possibility of a relationship. A good example of this is the film, Underworld (2003) that tells the story of a doomed relationship between a wolf-man and a vampire.

By leaving out the potential influence of Shakespeare, the director steered clear of the “Shakespeare Police” crowd, who are characterized by their severe, religious devotion to the original Shakespeare plays; and will blow the whistle at anyone who tries to take too much creative freedom in the depiction.

So take note from the following film scripts and determine what route to take when writing a “Romeo and Juliet” styled play. There are a million creative ways that it can be expressed- it just requires an original mind to employ them.