The 1990’s were a great time for the horror genre in terms of originality and evolved technique. During this period, films such as The Blair Witch Project (1999) terrified audiences and rocketed the “found footage” genre that is now popular today. Other films, such as Cemetery Man (1994) and The Exorcist III (1990) are considered ground-breaking even today, in terms of technique and plot. 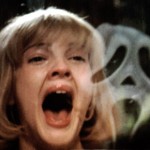 With all of these intense horror films that came up during this period, it is easy to forget the less appreciated and more formulaic teen horror movies that were also being ground out on a regular basis. However, as time goes by, these teen horror films are beginning to stand apart for their own unique reasons.

The 90’s teen horror film brought up many teen issues which, before, would seem untouchable. For instance, Scream (1996) had a protagonist who suffered the death of her mother the year before. However, by the film’s end, she finds out that her mother was the town slut and had been murdered for that reason.

Disturbing Behavior (1998) was another film that focused on the depression that many kids dealt with during the emotionally-dead grunge era. The film is introduced with a teenager trying to cope with the suicide of another teen. 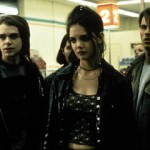 These types of issues, once considered off-limits for teen films, were now being expressed. Not only that, but the plots were well accepted by the teen communities that flocked to see it.

Every generation of teens have problems that the previous generation did not have. Until a decade ago, the risk of a teen committing suicide over being cyber-bullied on the internet was slim to none. Nowadays, it is quite commonplace. Sex scandals with teen boys and adult teachers have become overwhelmingly popular in the modern day, despite the massive backlash by the public. A screenplay writer must take this into consideration when writing a movie aimed at teenagers. If a film maker wants to make a film aimed at teens, he or she must know the problems that they face in the modern day and implement these ideas into his or her script. By doing this, he or she will not only grab an audience, but will also help young people feel that they are being accurately represented and understood by the movie industry, which is crucial for making them life-long movie goers.