Despite the popularity of American Western films in Europe and other nations, the genre has had waning success with American audiences. Some of the best Western films were not even made in America, but were redesigned by 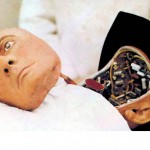 foreign filmmakers, such as Sergio Leone (The Good, the Bad and the Ugly (1966)). With few exceptions, the Western has all but died with most mainstream American audiences.

However, there are people in the United States who still aspire to the classic American westerns that graced the screen prior to 1980’s. The nostalgic filmmakers who remembered the cowboy dramas of their youth were not so quick to throw the genre aside.

However, in order to make a living, filmmakers had to ensure that audiences would not dismiss their films as just another Western. A twist needed to be added to capture the short attention spans of a new, computer-aged generation.

Thus the creation of the sci-fi western films. By improvising a bit of the storyline and adding new twists, filmmakers were able to capture the attention of young audiences and lure them into the theaters for a western in disguise. Instead of having villainous Indians or cattle rustlers, audiences were amazed to see villainous robotic castle rustlers and giant aliens living beneath the surface of the towns. 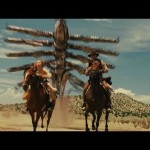 Screenwriters who hold on deeply to nostalgic films of their youth can take a lesson from sci-fi westerns. Regardless of how great a story is, it will not be a success unless it adds something new and different. Remake films are often failures because they try to regurgitate the same story in a higher resolution film. To reach a wide audience, a nostalgic script writer must be able to compromise their classic ideals with the new trends of the present.