James Vanderbilt could be considered the “renegade” of The Amazing Spider Man  (2012) screenwriting crew. He was part of a four man team, made up of seasoned professionals (i.e. Alvin Sargent) and the actual creator of the 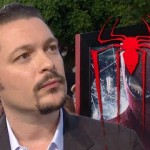 To imagine the tension that Vanderbilt must’ve felt when entering this writing crew is inspiring. Vanderbilt’s career is only made up of a few movie scripts, none of which could match the grand scale of this entertainment-driven, action film.

It has been said that a person is only limited by their own fear. Vanderbilt could have easily choked on a project this big, falling into depression and self loathing as he tried to match horns with these big league players. But he didn’t. Whatever the method was that he used, it worked; and now his name can be seen as the first name on the film’s IMDB page.

Many screenwriters become writers because they do not want to face people. They would rather live in their fantasy worlds and create characters whom they enjoy seeing and experiencing something with. However, the film industry is a business and there will always come a time when a screenwriter must collaborate, join meetings and deal with difficult people. To build these skills early on is a diving board to success for any Hollywood-bound writer.