Robin Williams is one of the most beloved comedians in America since he first appeared in the Mork and Mindy television show in the 1970’s. His quick wit and his ability to mimic numerous voices have made him a household name 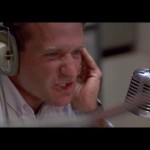 and an absolute crowd pleaser no matter what movie or television show he appears in.

Robin Williams does not just have talent. He has talent on the spot. In the film Aladdin (1992), Williams ad-libbed many of his humorous lines that made it in the movie. The otherworldly talent that he has to simply be funny, whether on camera or off, makes him bigger than life and worthy of being considered an A-list actor.

In films, Williams often plays characters that have big hearts and 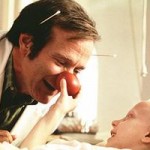 a desire to bring happiness into the world (i.e. Good Morning Vietnam (1987) and Patch Adams (1998)). He is a convincing actor in this sense and is always able to bring out a few tears from audiences because of his impeccable performance. The reasoning behind this, however, is because he truly is that type of person. He is very sacrificial of his time and efforts to helping the troops and people who are suffering immensely.

When Superman’s Christopher Reeve was in the hospital following his tragic horse riding accident, Williams showed up to the hospital to visit him. He dressed in hospital scrubs and started doing a zany act in order to make Reeve feel better.

According to IMDB.com (2012), Reeve stated that Robin Williams was the first person to make him laugh since the accident.

When a person goes into an industry with good intentions and a kind heart, they are bound to succeed. Many people are attracted to those who are happy and will do what they can to help the person continue to pursue their joy. Keep positive and always try to maintain a positive and empathic attitude towards others.