Jennifer Lawrence, who is best known as her role as Katniss Everdeen in The Hunger Games (2012) appears to have been blessed with the natural talent for acting. As a 14 year old with no acting experience, Lawrence did her first cold read in front of a group of acting recruiters in Manhattan. They were so stunned by her performance that they asked her mother to let her stay the summer in 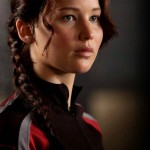 Manhattan to develop her craft.

Since then she has seen nothing but success. Winning her first Academy Award for her role as Ree in Winter’s Bone (2010), she easily found her way into other popular movie roles- her first major role being Mystique in X-Men: First Class (2011). Then with her role as Katniss Everdeen, she became a household name, and has seen nothing but success ever since.

Her career as an actress appears to have been written in the stars; showing itself at the precise moment needed and with every door opening ahead. This is not the case with many actors and actresses who fight and strive for every audition and role. There’s a lot to think about in this case, about finding true purpose and noticing the signs that show you are on the right path.

Lawrence found her path. Where does yours lay?