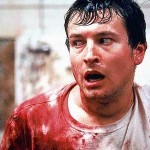 Leigh Whannell has been a storyteller since he was a very young boy living in Australia. According to IMDB.com (2012), Whannell’s “primary love was getting a reaction from an audience” which he attempted to do in many different venues. As a teenager he raked in much success as the host of an Australian teen news show which became popular nationwide. He was able to meet many famous people and interview some of the greats of the film industry.

However, his one passionate desire was to make a film. He attempted to break into the Hollywood film industry through acting but he had very little luck. Eventually, he got fed up and decided to raise the money to make a film by himself. Teaming up with his old friend James Wan, 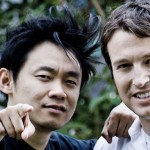 Whannell raised up money to create his first low budget horror film Saw (2004). The movie was obviously extremely popular and since then, he has been able to publish many more films from the Saw series as well as other films.

Whannell is an example of a person who decided what they wanted and went after it. When he couldn’t find any paths to lead him to the American film industry, he forged one himself. His own ideas and hard work paved his way to success. With his latest film Insidious (2010), Whannell has distinguished himself as a true creative genius and a pioneer in the horror industry.  There definitely won’t be an end to his career any time soon.