Every generation of Americans have a distinct style and voice that is uniquely their own. In the 1960’s, the hippie movement spawned its own fashion, literature, speech and films. The same can be said for the 1950’s as well as 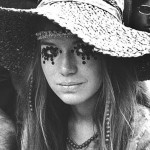 every other generation. It’s usually not easy to recognize the distinctive voice of a generation until it is already outdated, and that can be said about the most recent generation of young people.

While there have been many popular genres of style, (emo, scene, raver, etc.) one style that has infiltrated the film world in record numbers is the “hipster” style. Curly mustaches, old fashioned farmer clothes and a desire to retreat from industrialization has been the theme of these kids. While they embrace technology, in particular Mac products, they also feel the need to retreat out of the mainstream consumer culture into an old fashioned way of life. 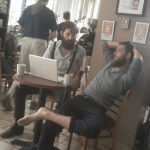 The following films are considered “hipster” films in general. Perhaps not all members of the hipster movement embrace these films equally; however, the themes and style of film making in these movies are distinguishable from past generations of film. Many of the films focus on finding true meaning outside of a consumer culture. The actors are
distinguishable by their lack of emotion or by their strange but endearing personal quirks.