Mark Ruffalo, one of the stars of the new film The Avengers (2012), has had a long, eventful career in Hollywood. However, he wasn’t always as widely respected as he is today. As a young man, he worked in theater, but made very little money and was unable to support himself on his talent alone. He took to bartending and did that for 10 years before he 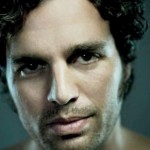 finally got his big break. The break came for him by a playwright named Kenneth Lonergan, who is the writer of the thriller, Margaret (2011).

Taking a shine to Ruffalo, Lonergan cast him in one of his plays, which contributed to his career and helped launch a successful start into the film industry. Since then, Ruffalo built his reputation in many widely acclaimed independent films and major motion pictures alike.

The lesson that a person can take from Ruffalo’s career is the fact that determination and hope will get a person through difficult circumstances. Despite the fact that he failed in 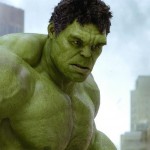 numerous attempts to enter the entertainment industry, it merely took one well-written and executed play to help launch his career.

Actors and screenwriters will do well to follow the path of Ruffalo’s career, starting with his humble roots in theaters and ending with the major films that he has starred in recently. The most important thing in any person’s career is to follow your heart. By following their heart, a person will be sure that they are on the right track, whether they are accepted or not by mainstream audiences.