Richard Wenk is the writer responsible for one of the most eagerly anticipated big blockbuster film of the season, The Expendables 2 (2012). Given the all-star cast and incredibly high stakes involved, it would be natural to assume that 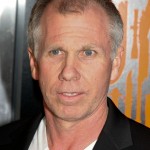 Wenk must be someone highly experienced in the art of screenwriting.

However, that is not the case. Prior to this film, Wenk only had four screenplays under his belt- none of them to the big blockbuster status of his most current achievement. How does a person with so little experience end up getting one of the most promising gigs of the season?

The key to his success is a mystery- but given his prior history, Wenk has developed himself in all areas of film making. He has been a producer and a director. He has done soundtracks and cameos. In short, he knows how the industry works and knows what words to say and what needs to be shown in order to build his career.

His achievement deserves a standing ovation because it shows not only his creative skills, but his ability to strategize and plan his moves to achieve bigger and better things.