Ashley Greene got her big break when she was given the role of Alice in Stephanie Meyer’s Twilight film adaptation. With her elfish good looks and dry personality, she gained international stardom in one of the most widely 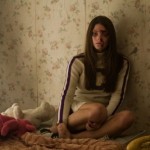 popular books of the season.

However, her career has not shot off yet to the point that she is making only big budget Hollywood films. The place where she still finds her most well accepted home is the same place where she got her start- in the independent film industry.

With films such as King of California (2007), an independent film starring Michael 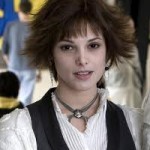 Douglas and Otis (2008), she obviously makes good picks as to which independent films she stars in. These films have gained much acclaim from indie movie fans and critics alike.

Despite the fact that Greene gained movie stardom with the Twilight series, she may depend on these independent films to prevent her from going under the radar into movie obscurity. It is too easy for a star to fall victim to stereotyping based on a popular role. By continuing to take roles in good, yet unappreciated, indie films- she may have a chance to defy her “Twilight” stereotyping and go down in history as a diverse actress.

Upcoming actresses and actors would do well to diversify their experience by taking roles in independent movies, webisodes and other forms of media that have good stories versus good money.