“Always the bridesmaid, never the bride.” This old adage could easily be used to describe the long and repetitive career of Robert Lorenz. Since his career in Hollywood started in 1989, he has exclusively served the position of Assistant Director; first to low budget 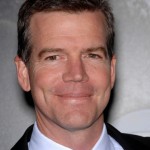 films and then to some of the most exclusively A-list films in his recent career. However, he never seemed to be able to make that jump from assistant director to director.
That is, until now. The newest Clint Eastwood film entitled Trouble With the Curve (2012), is the first movie that Lorenz has taken on as a full fledged director. After years of assisting, he suddenly has been given the chance to prove himself on a major motion picture. Why, you may ask? The movie industry is not keen on switching saddles and giving assistant directors the chance to direct or vice versa. “If it isn’t broke, don’t fix it” is another perfect adage to describe this component of the film industry.
However, Lorenz had an ace up his sleeve and that was his professional relationship with the one and only, 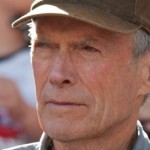 Clint Eastwood. Since 1994, Lorenz has worked for Eastwood’s film production company, taking on many development roles including pre-production and post-production along with his experienced role as an assistant director.
Could Eastwood have seen the potential that Lorenz had in directing a major motion picture? There is no definite answer to this question, but the circumstantial proof is overwhelming.
Anyone in the film industry should take Lorenz’s career as a lesson that everyone is given a chance, given that they make the right connections and build trust with established pillars of the film community. In addition, the importance of patience can not be second guessed, as Lorenz learned after 20 years of working in the film industry.