David Ayer, director of the new cop drama End of Watch (2012) has built a name for himself on the back of Los Angeles. The dark city, full of injustice and perversion has been the muse for many of Ayer’s blockbuster hit films. 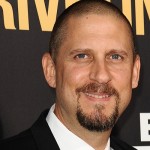 As a writer, director and actor, Ayer has constantly striven to bring out the most dangerous aspects of Los Angeles living; never fearing to tread into the dark muck of the inner cities and into the violent lives of the inhabitants who call these areas home.
Much of Ayer’s personal experiences explain how he came to become the filmmaker that he is today. Born in Illinois, Ayer came to California and spent much of his time “on the most troubled streets of South Central Los Angeles” (IMDB.com, 2012). The time he spent there proved to give him insight that is completely irreplaceable in the film industry today. The colorful use of inner city slang as well as his knowledge of the workings of inner city culture were exactly what Ayer needed to give himself a boost into stardom.
Any person who wants to be in the film industry can learn from Ayers’ experience. Coming from a low income background and with no real college education, he was able to build himself up to becoming a well-respected director and writer. By embracing his childhood memories and experiences, he was able to funnel them into his writing and create films that would gain national acclaim.