Although best known for his television role as chemistry teacher Walter White on AMC’s hit show Breaking Bad (2008-present); Bryan Cranston has had a fulfilling career as a film actor as well. Cranston has showcased his talents in a variety of well known (as well as 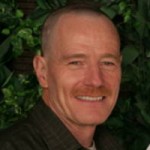 underground) pop favorites such as Drive (2011) and the Academy Award winning war epic Saving Private Ryan (1998).
His career has been littered with television show roles as well as stints of voice acting in hit shows from Adult Swim and Fox. The actor has proven himself in many different genres and has now made a huge impression in his television acting performances.
Cranston’s career is a wonderful reminder of how important diversifying is in the artistic industry. As many a wise man will tell you- don’t put all your eggs in one basket. If Cranston had focused on a film career, voice acting career or a television acting career solitarily, he may not have reached the success that he is reaping at this moment. The many diversified opportunities gave him plenty of opportunity to be heard and seen by the public. In addition, the experience gained from working on different types of sets have molded him into a better actor to work with and to see.
There is no excuse for not trying new things. It may be the thing to save your career in the art industry.

Alan Arkin has been termed a modern “renaissance man” by many critics and fans worldwide (IMDB.com, 2012). Given his impressive artistic resume in addition to his wonderfully diverse acting career, that is definitely not far from the truth. In addition to being in such 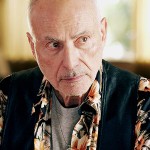 ground breaking films as Glengarry Glen Ross (1992), Gattaca (1997) and Little Miss Sunshine (2006); Arkin is also a triumphant musician who co-created the original version of the “Banana Boat” song which has worldwide recognition.
Needless to say, Arkin has truly turned his artistic passions into his work. Unlike many actors who ebb and flow with the changing tides of stardom, Arkin has consistently found work and made a name for himself as one of the most well-received actors of this generation. The key to his success is truly a mystery but it may have something to do with the way he approaches his acting.
Arkin was quoted saying-

“It’s not enough for me to just be a personality and go up there and say lines nicely. I want to tell a story with a character.”

The key element of this statement is not in what he is saying, but the message we get from what he isn’t saying.  By saying that he wants to tell a story with a character, he is defining his own purpose versus what the public or investors want from him. Instead of making his art about meeting other people’s expectations, Arkin has chosen to meet his own expectations instead (which are profoundly higher than what anyone else can expect from him). By doing this, he has won. His constant self-evaluation has created an even better actor than anyone could have possibly shaped him into.
For screenwriters, keep in mind that the best actors will be attracted to the most attractive scripts that help them grow and challenge themselves. Be sure to put your heart into your work so you can attract actors who put their hearts into it as well.