Year:1990
Director:William Peter Blatty
Written by:William Peter Blatty (Screenplay)
Script Synopsis:Set fifteen years after the original film, The Exorcist III centers around the philosophical Lieutenant William F. Kinderman who is investigating a baffling series of murders around Georgetown that all contain the hallmarks of The Gemini, a deceased serial killer. It eventually leads him to a catatonic patient in a psychiatric hospital who has recently started to speak, claiming he is the The Gemini and detailing the murders, but bears a striking resemblance to Father Damien Karras.
The Exorcist III Script Resources: 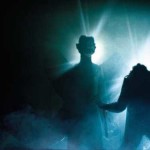