Year:1999
Director:Simon West
Script Synopsis:When the body of Army Capt. Elizabeth Campbell is found on a Georgia military base, two investigators, Warrant Officers Paul Brenner and Sara Sunhill, are ordered to solve her murder. What they uncover is anything but clear-cut. Unseemly details emerge about Campbell's life, leading to allegations of a possible military coverup of her death and the involvement of her father, Lt. Gen. Joseph Campbell.
The General's Daughter Script Resources: 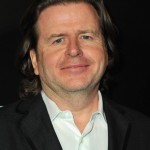 William Goldman is not just a screenwriter, despite the fact that he has had enormous success in the field. Goldman is a writer of all sorts- novels, non-fiction biographies and even how-to books that have sold in record numbers. He has 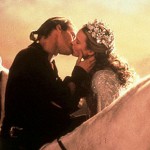 received a Lifetime Achievement Award for his astoundingly touching screenplays and for the ideas that he created that changed cinema.

As a novelist, Goldman was responsible for writing at least two of the most widely respected and loved stories of the American people. One is Butch Cassidy and the Sundance Kid (1969) which inspired the love that America still has with Westerns. The other was The Princess Bride (1987), a complete 180 for Goldman to do. From the desert landscape of the Western film, he jumped to the classical enchanted surroundings of a fairy tale.

As far as screenplays go, Goldman has shown his flexibility in adapting to different genres with ease. For the horror movie fans, he was responsible for the Stephen King adaptation of the novel Misery (1990) which is still emulated and 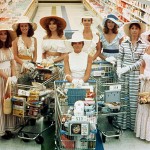 joked about to this day. He diversified into the romance district when he wrote such films as Hearts in Atlantis (2001)
and Year of the Comet (1992).

Without a doubt, Goldman is a prime example of a writer who did not put himself in a box. Unlike other writers who generally stick to one genre or another, Goldman gave himself the freedom to experience worlds from all different
perspectives.

Screenwriters should take note of Goldman’s actions and realize that screenwriting is an art of experience. The human life is full of ups and downs, and this effects what the screenwriter thinks like and writes about. This is not something to be ashamed of, but is an opportunity to grow in different directions as a human being and as a writer.