Many people who watched The Amazing Spiderman (2012) were probably surprised to see someone other than Tobey Maguire playing the lead role. To add to that confusion, was the fact that the person whom was playing Spiderman was a complete newbie to the film industry! Or was he? 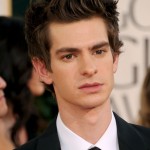 Andrew Garfield, an American actor who was raised in England, has been acting for quite a while. His film career started at about the same time as Emma Stone’s first appearance in Superbad (2007). In addition, he had starred in many shows in England, where he was raised.

However, he somehow has stayed under the radar until his recent leading role in the new Spiderman film. What caused him to stay under for so long? He had appeared in many popular films including The Other Boleyn Girl (2008) and the award winning The Social Network (2010).

Sometimes staying under the radar can be a blessing to an actor or screenwriter. Being under the radar allows a person more flexibility in the types of roles that they choose. They can diversify their character and determine what types of personalities they want to be known for, if any.

For Garfield, all that patience paid off. He is now a hero to moviegoers nationwide and will find a lot of respect in the film industry.

Writer-director Terry Gilliam’s claim to fame is one of very surprising extremes. On one hand, he’s credited for bringing the comedic classic Monty Python and the Holy Grail (1975) to the big screen, and on the other, he was the last director to work with the late Heath Ledger in The Imaginarium of Doctor Parnassus (2009)

For everything in the middle, check out his wide range of directing and writing works below: