As far as acting is concerned, Tom Felton is a rags-to-riches story .This is not to say that he was necessarily a poor child, but he got the break of a lifetime after starring in only two films. As a 12 year old boy, Felton auditioned for a movie that was sure to be a major success. He auditioned for three parts, two of which he didn’t get. The role he did get ended up being a righteous success for his career 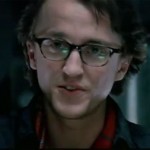 and something that would make him a household name for generations to come. The movie was Harry Potter and he was cast as none other than Draco Malfoy.

When a child is given an opportunity to reach the peaks of fame in such a short time, it is difficult to determine where their life will be able to go afterwards. Will they continue the route to success or will they fall short and end up making B films for the rest of their lives?

What it really all comes down to are the first few films that the person makes once they are out of the safety net. With the last Harry Potter film finished and his career suddenly on the line, Felton has tested the waters with a science fiction film called Rise of the Planet of the Apes (2011) and horror The Apparition (2012). The horror genre might be a dangerous road for Felton to go on (for how many stars made horror films at the dying end of their careers?) but in some cases, it might just be what he needs to grab onto a new audience.