In the film industry, there are three types of films: the good, the bad, and the great. Differentiating between the good and the bad is usually easy. On the rare case, a film may just be too advanced or artistic for its time. But not all movies are artistic masterpieces; there are some films that are just plain bad. 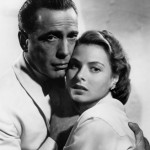 Problems occur in films when there is lack of responsibility and determination. Writers must be passionate about their work in order to create a story that attracts an audience. Directors must be efficient leaders with an attention to detail. The crew must be able to communicate with each other to reach a common goal. If a person slacks in their role, the result shows in the final film product.

So in reality, a bad movie is just a disorganized film while a good movie is an organized one. But what is the difference between a go 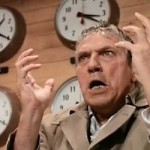 od movie and a great movie? Great films often are a result of many different factors. They usually have professional, experienced writers or a masterful director. They often are big budget films that attract crowds of technology junkies. They have romance for the romantic viewers and action for the viewers who love violence. All in all, they are a little bit of everything.

The following list consists of the top 10 film scripts in the history of American cinema. These film scripts have a little bit of everything and were written by some of the most professional writers of their time periods. By reading these, you are getting a closer look at some of the most successful script writers of America’s history. You will get a feel of what the public wants and what styles are effective in getting their attention.