It should come to no surprise that many of the greatest films of our day have been inspired, or directly taken, from the pages of novels. Writers such as Stephen King and J.R.R. Tolkien have been able to reach new audiences through the help of creative f

The fact is that many people do not have the time to read. A good novel can often run from 300 to 1000 pages 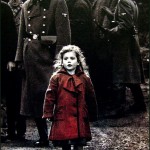 (depending on the author), and can take some time in order to finish. Even for the most avid reader, there is never enough time to read all the books in the world and that is where film makers come in.

One of the biggest problems related to transforming a book into a movie is the issue of accurately following the storyline while maintaining the same emotions that a person gets when reading the book. This is a difficult task and requires a person of great emotional intelligence and technical skill in order to complete.

Below is a list of some of the best (and worst) adaptations of novels. Whether they are good or bad depends on the viewer. However, there are some elements that make them generally enjoyable and worthy of being a major motion picture. What are those elements, you ask? Well, I will leave you to find that out as you compare some of these screenplays to the classic novels that inspired them.

Once you find out the answers, you will be on your way to being able to accurately adapt a novel that you cherish. And who knows? One day your screenplay might be the one chosen for a major motion picture adaptation. Good luck!