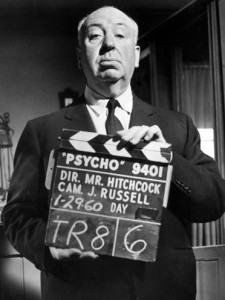 films of Alfred Hitchcock is virtually unmatched. He is widely regarded as one of the greatest film directors of all time and no doubt exists in the opinion that seldom has any other personality exerted as much influence on cinema as Hitchcock. He had a masterful ability to introduce twists and turns at very crucial points in the films. The way he tackled the characters and the circumstances surrounding them is virtually unmatched.

When it comes to psychological complications with the characters, Alfred Hitchcock was the master. The endings of his films usually contained totally unexpected twists and sequences of abrupt murders or other violence. A unique feature of Alfred Hitchcock’s films was his very short cameo appearance in most of them. Alfred Hitchcock remains to be an inspiration for the directors throughout the world and the cinematic techniques that he introduced are still utilized in the genre of crime and thriller.

The filmography and scripts of selected films of Alfred Hitchcock can be found here: