Dynamic and highly controversial, Vincent Gallo has consistently drawn attention to himself whether he is walking down the street or acting in a film. This actor/director/avant-garde artist has always pushed the envelope in pursuit of a reaction. 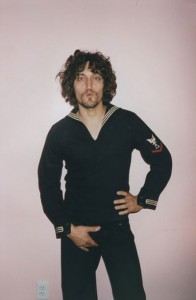 As a young man, Gallo used to do street performances that bordered on a sociological experiment. He would perform random stunts that would shock and confuse people who were not aware that he was performing.  Even as a 49 year old, Gallo has not lost his taste for shocking people, seeing as he advertises his sexual services on his website’s merchandise section (www.vincentgallo.com).

It’s obvious to say that Gallo has never been a courtier of the masses. As a director, Gallo has defied conventional methods of film-making by using small crews and acting without the help of a producer or production company.

In his most famous film to date, Buffalo ’66 (1998), Gallo challenged the traditional rules of film making by breaking continuity, sound and the fourth wall in order to fit his artistic vision. The result was a cinematic masterpiece that is acclaimed by critics and moviegoers alike. As far as screenwriting goes, Gallo creates witty dialogue that is personable and relates an audience to misfits that would otherwise be considered despicable.

In all aspects of his work, Gallo presents an avant garde look at creating films that will provide generations to come with a foundation for creativity.

More scripts to come when listed!