She’s funny, charismatic, beautiful and probably one of the most diverse actresses in Hollywood. Anne Hathaway has come a long way from the romantic comedies of her youth. From her first, amazing transformation from a raggedy 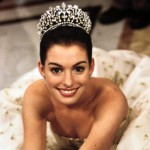 girl to a princess in The Princess Diaries (2001), Hathaway has shown the public that she is full of surprises.

In the beginning of Hathaway’s career, her roles mainly consisted of kind, down-to-earth young women who were dealing with generally, middle class problems. In addition to these roles, Hathaway built up her “good girl” persona with voice acting roles in popular cartoon shows and films. However, she has definitely pulled an ace from her sleeve over the last couple 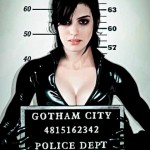 From playing the Red Queen in Tim Burton’s bizarre version of Alice in Wonderland (2010) to her potentially ground-breaking role as the Catwoman villainess in The Dark Knight Rises (2012), Hathaway is now showing the public her dark side. She can be cruel and mischievous, unlike her comedic romantic persona from previous films.

Needless to say, Hathaway is an actress that the public may not ever grow tired of. She may be acting for a very long time because she has shown her versatility and grace in the public eye.