If it wasn’t for the popularization of the Twilight saga, chances are that Robert Pattinson may never have met Kristen Stewart. Just a simple comparison of films that each actor has starred in shows the many differences in terms of actors’ 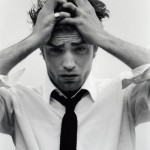 While Stewart’s career is laden with many different types of films- from horror to science fiction and, indeed, romance; Pattinson doesn’t seem to have as much diversity. Most of the films that he has been in are focused in the romance genre, with exception to Harry Potter and the Goblet of Fire (2005).

Actors should always diversify if they desire to be acting for a long time. Pattinson’s career screams of warning, despite the fact that he is at the top of his game at this moment. His chiseled facial features definitely keep the bread coming in for the romance genre, but how long will that last? At this point, Pattinson would do well to use his popularity to take on more diverse and challenging roles.