There is just something about Brad Dourif that makes him perfect for horror films. His childlike face exudes innocence at one moment yet transforms into a terrifying vision when he makes the decision to be frightening. His voice can be kind 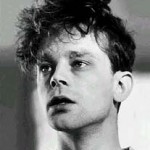 and gentle one moment yet turn into a vicious tone that would be characteristic of a psychopathic serial killer. In films, he often appears to be a troubled soul tortured by angels and demons fighting for authority over him. He is a brilliant actor that encourages sympathy and hatred at will.

Since his stunning performance as Billy in One Flew Over the Cuckoo’s Nest (1975), Hollywood has kept him busy with films ranging from dramas to horror films. The characters h 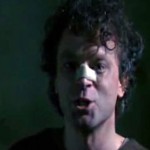 e plays are always three-dimensional due to his acting ability- not necessarily the nature of the role. In the Child’s Play series of horror films, Dourif (as Chucky) captures qualities to the psychopathic dolls that not many other actors could accurately portray. In the Exorcist 3, Dourif characterizes a psychopathic serial killer with such enthusiasm that a viewer may be terrified speechless at the intensity of his scenes.

Despite the fact that Dourif has been stereotyped as a member of the horror genre, his acting ability shows his ability to blend into other roles with precision and depth that would be lost in a less talented actor.