Chris Evans is a whole different kind of actor than he was when he first started his career. Many many remember Evans as the jock main character of a movie called Not Another Teen Movie (2001). The raunchy teen flick was cheesy, raunchy 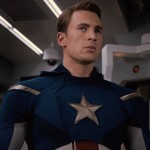 and terribly funny. However, it is not the type of movie that a person expects a star to rise up from.

However, Evans broke the stereotype and continued his career, taking roles in dramatic films, romantic comedies and then, his starring role in Captain America (2011). From then on, it is almost like a completely different person had taken the place of the original teen comedy star.

The film, The Avengers (2012) will definitely have an impact on his career as well. It only takes one good role to set a person off in the right direction. With the record breaking hysteria that this film has already received, it is no doubt that Evans will be seeing more work in the future.