While most movies attempt to show the prejudices of Nazis in a frightening way, there are other movies that use the characteristics of the followers into something more humanistic or even humorous! Some say that laughing at something is the easiest way to destroy fear of someone or something, and in the case of Nazis, this is true as well. In the film, The Producers (2005), Nazis are created into a complete joke- similarly to the way they were shown in the popular television show 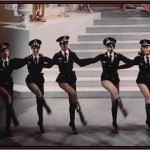 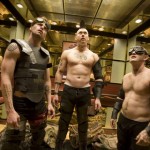 Hogan’s Heroes (1965-1971). The Neo-Nazi in the film, who was nothing more than a relic from the World War 2 era, held on to his traditional belief of Aryan superiority despite the fact that they had lost the war.

Other movies such as Apt Pupil (1998) and American History X (1998) took on a different perspective in telling the story of people who held on to Nazi values long after the war. They humanize and even romanticized the ideals that these men believed in and showed how influential the belief was to impressionable young people. While audiences came into the theater believing a one-sided view of Neo-Nazis, they couldn’t help but realize that there were underlying issues that have caused young and old people to hold on to those traditional values.

As a screenwriter of a film such as these, great caution must be kept since there are still people alive who witnessed the horrors of the Nazi regime. In addition, screenwriters must realize that there are young people who could easily be influenced to believe in the Nazi ideals if they are in a bad enough mood or otherwise suffering. By taking care to express proactive viewpoints and ideas in their script, screenwriters can make a very poignant message that will educate and inform people of the Neo-Nazi mentality that exists today.