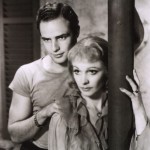 A stage play is very difficult to convert into a film script and requires great finesse and understanding in order to pull it off. Stage plays are written, obviously, for the stage; and because of that, they are compromised in order to make use of stage space and other physical restrictions. Films, on the other hand, can make use of many different dimensions that are untouchable by stage performers; and would appear dry if they didn’t make use of that ability.

The most important thing a screenwriter must do when converting a play, is to understand two things. The first thing is the playwright’s intent. Although a playwright may have been happy with the original script, there is always something that he or she would’ve done differently if given freedom. Knowing that a film breaks many physical boundaries, the screenwriter must try to understand what the original playwright would’ve done given that much freedom.

In addition to the original playwright, screenwriters must cater to the perceived desires of the audience. There are going to be audience 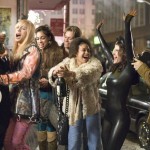 members who have seen the original play and have expected to get the same emotional reaction they got when watching the play. In addition, there will be a new group of people who have never seen the play, and expect something different. In this situation, a screenwriter must do his or her research and become part psychologist in addition to his writing job.

Below is a list of films that have been somewhat successful in translation from play script to screenplay.  By reading these along with the original plays, you will be able to understand how play translation is becoming an art form all of its own.